Directions: After you have read the following passage write out a summary in English with about 70 to 90 words. Put your summary, on the Answer Sheet.

It is said that the public and Congressional concern. about deceptive packaging uproar started because Senator Hart discovered that the boxes of cereals consumed by him, Mrs. Hart, and their children were becoming higher and narrower, with a decline of net weight from 12 to 10.5 ounces, without any reduction in price. There were still twelve biscuits, but they had been reduced in size. Lze. Later, the Senator rightly complained of a store-bought pie in a handsomely illustrated box that pictured, in a single slice, almost as many cherries as there were in the whole pie.

The manufacturer who increases the unit price of his product by changing his package size to lower the quantity, delivered can, without undue hardship, put his product into boxes, bags. and tins that will contain even 4-ounce, 8-ounce, one-pound quantities of break fast foods, cake mixes, etc. A study of drugstore and supermarket shelves will convince any observer that all possible size and shapes of boxes, jars, bottles and tins are in use more same time and as the package journals show, week by week, there is never any hesitation in introducing a new size and shape of box or bottle when it aids in product differentiation. The producers of packaged products argue strongly against changing sizes of packages to contain even weights and volumes, but no one in the trade comments unfavorably on the huge costs incurred by endless changes of package sizes, materials, shape, art work. and net weights hat are used for improving a product's market position.

When a packaging expert explained that he was able to multiply tile price of hard sweets by 2.5,from I dollar to 2.50 dollars by changing to a fancy jar, or that he had made a 5-ounce bottle look as though it held 8 ounces, he was in effect telling the public that packaging can be a very expensive luxury. It evidently does come high. when an average family pays about 200 dollars a year for bottles, cans, boxes, jars and other containers, most of which can't be used for anything but stuffing the garbage can.

Directions: In this section, there is a passage with five questions. After you have read the passage, answer these questions in English and then put them on the Answer Sheet.

If sustainable competitive advantage depends on work-force skills, American firms have a problem. Human-resource management is not traditionally seen as central to the competitive survival or the firm in the United States. Skill acquisition is considered an individual responsibility. Labor is simply another factor of production to be hired-reined at the lowest possible cost-much as one buys raw materials or equipment.

While American firms often talk about the vast amounts spent on training their work forces, in fact they invest less in the skills of their employees than do either Japanese or German firms. The money they do invest is also more highly concentrated on professional and managerial employees. And the limited investments that are made in training workers are also much more narrowly focused on the specific skills necessary to do the next job rather than on the basic background skills that make it possible to absorb new technologies.

As a result, problems emerge when new breakthrough technologies arrive. If American workers, for example, take much longer to learn how to operate new flexible manufacturing stations than workers in Germany (as they do), the effective cost of those stations is lower in Germany than it is in the United States. More time is required before equipment is tip and running at capacity and the need for extensive retraining generates costs and creates bottlenecks that limit the speed with he equipment can be employed. Tine result is a slower pace of technological change. And in the end the skills of the population affect the wages of the top half. If the bottom half can't effectively staff the processes that have to be operated, the management and professional jobs that go with these processes will disappear.

56. What does the management of human resources in American companies think about employees skill training?

57. What is the position of the head of human-resource. management in an American firm?

59. According to the passage, the decisive factor in maintaining a firm's competitive advantage is ______.

60. What is the main idea of the passage?

Directions: In this section, you are asked to write a composition on the title of "Two Important Possible Changes. Which May Occur In Higher Education in China in the 2lst Century" with no less than 150 English words. Your composition should be based on the following outline given in Chinese. 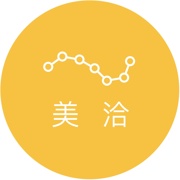